Jonathan Vernon is a specialist in twentieth-century modernism. He received his PhD from The Courtauld in 2019, his MA from The Courtauld in 2013 and his BA from the University of Leeds in 2012. His PhD thesis, supervised by Professor Christopher Green, studies the posthumous reception of Constantin Brancusi in the context of the Cold War, American liberalism and the purported ‘end’ of modernism, especially through the work of the critic, art historian and sculptor Sidney Geist.

Between 2014 and 2017 Jonathan served as the Ridinghouse Contributing Editor at The Burlington Magazine. He has also carried out editorial, research and writing work for Tate, the Science Museum and the University of Cambridge, among others.

In addition to writing numerous reviews for the Burlington, Jonathan has published in Art History and The Art Newspaper, and authored a Tate Introductions book on Amedeo Modigliani. Upcoming publications include an essay on the posthumous casts of Julio González (Catalogue Raisonné Scholars Association, date TBC).

He has also delivered papers at the Musée Rodin (2017), the Association of Art Historians annual conference (2017), the Dedalus Foundation (2018), the University of St Andrews (2018) and others. He is a fellow of the Terra Foundation for American Art.

Jonathan’s research currently focuses on how the reception of European modernism in the United States shaped American cultural and political narratives, from the nationalism and isolationism of the interwar period to the neo-liberalism of the later twentieth century. More broadly, he is interested in the failure of modernism as a revolutionary cultural force, ‘high modernist’ art and criticism, alienation and negative dialectics, phenomenology and theories of sculpture. 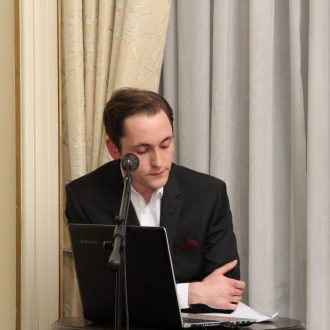