My current research project, Re-imagining the art of twelfth-century Iberia, funded by a Leverhulme Emeritus Fellowship, takes the current dominant narratives enshrined in the Codex Calixtinus as its starting point: the pilgrimage routes to Santiago de Compostela and a teleological reconquest.  It will reconsider the traditional pilgrimage routes in light of other links delineated by contact between hagiographers, by shared cults and liturgical practices, and by formal and informal ecclesiastical confraternities.

The reconquista narrative recounts Charlemagne’s fictional exploits in the Pseudo-Turpin. As other recent research has demonstrated, this composition runs alongside the growth of ideological crusading in the Iberian Peninsula to create a fictive past. It also promotes anxieties around objects produced by Muslim artists. My research will counter this by highlighting shifting alliances between Christians and Muslims and possible repercussions for artistic production.

An implicit question will concern the chronology of Romanesque architecture and sculpture in Spain, which has been drawn to two poles: to the beginnings of Romanesque c.1100 and to c.1200. This leaves comparatively little artistic production assigned to the middle of the century, when the political and economic environment was – at least superficially – favourable, when Christian kingdoms had significant diplomatic and military opportunities for the acquisition of luxury objects, knowledge, and expertise from al-Andalus and the wider Mediterranean. 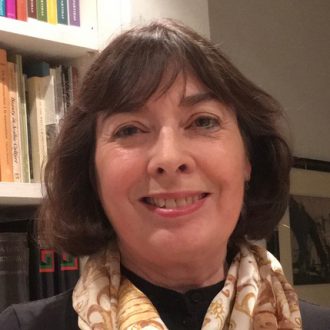