My thesis focuses on Juan Guas (active 1453–1496), long recognised as the leading architect of late fifteenth-century Spain, who was commissioned palaces, cathedrals and monastic complexes by the most important patrons of his time. Present knowledge of this master was essentially defined during the 1950s by the art historian José María de Azcárate. Writing during the Franquist regime, Azcárate identified Guas as the ‘genius’ who single-handedly created Spain’s ‘Hispano-Flemish’ style by fusing northern European gothic with the so-called mudéjar construction techniques of southern Iberia. In response to a traditional European—and particularly British—view of Spain as a country devoid of artistic creativity, scholars argued that the style captured the country’s unique ‘national spirit’. My thesis attempts to challenge the politics and prejudices which straightjacketed earlier scholarship in order to reassess the figure of Guas and the Iberian construction world during the Gothic-to-Renaissance transition.

Guas has been regarded as a national hero, yet published and unpublished documents and drawings suggest that he was a manager and an interlocutor. My thesis breaks with romantic and modern notions of artistic creativity and individual authorship. Exploring different facets of Guas’ professional identity, it aims to bring to light and define the collaborative working methods of late medieval Castilian master masons. Eschewing the genres of chronology, biography, stylistic analysis and the catalogue raisonné, my thesis is structured thematically. The different sections concentrate on aspects evinced from documents related to Guas, yet archival records on the master are often scarce. In these cases, I have drawn on comparative examples from Castile, Aragón and further afield. Although inspired by Guas’ own biography, the thesis places the master’s activity in a broader Iberian and European context. 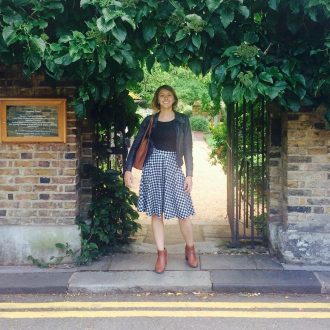